APIs are pushing forward the conversation in almost every business sector today, but one of the more important areas we are seeing across the landscape is coming out of the federal government with the Blue Button API out of the Centers for Medicare and Medicaid Services (CMS). We’d like to invite you to Nashville next week to learn more about the API efforts coming out of CMS, and how they are making an impact on healthcare in this country with APIs.

We are please to have Mark Scrimshire (@ekivemark) of NewWave Telecoms and Technologies, who is the Blue Button Innovator and Developer Evangelist for the CMS program. The Centers for Medicare and Medicaid Services (CMS) Blue Button API enables Medicare beneficiaries to connect their Medicare claims data to the applications, services, and research programs they trust through a suite of services, enabling: 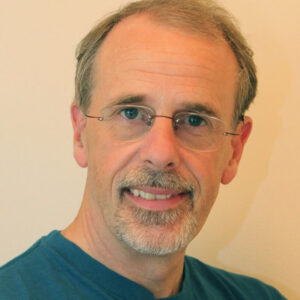 Providing API access to a platform that has the potential to reach 44 million beneficiaries, or 15 percent of the U.S. population who are enrolled in the Medicare program. Representing a pretty significant shift in how we think about the delivery of healthcare in this country. One of the most significant aspects of the Blue Button API when it comes to the wider API conversation, is their adoption of the HL7 FHIR standard in conjunction with OAuth 2.0 to provide access to the platform, setting the stage for a conversation around arguably the most important API definition available across the API sector today.

Join us Tuesday, September 25, at 10:00 AM, for a keynote from Mark Scrimshire about the Blue Button API, sharing the story of some of the successes and challenges with standing up the API platform. Mr. Scrimshire is just one of the can’t miss talks going on in Nashville next week. There are still tickets left, so make sure you get yours today, and do not miss out on the API conversation that is going on at APIStrat this year.

A Shout Out to the APIStrat Steering and Program Committees

We are getting ready to close the APIStrat call for papers next week and we wanted to take a moment to give a shout out to the amazing lineup we’ve assembled as part of the steering committee, who are helping guide the event. As well as the folks on the program committee who will be helping review the talks submitted as part of the CFP process, and ultimately craft the program. These are the people who will help set the tone for the conversation that occurs at APIStrat in Nashville, and we are very pleased to have them helping out.

Here are the members of the APIStrat steering committee, playing different leadership roles in the conference, making sure everything gets done by September:

Next up, we nineteen folks on the program committee who you will have to WOW with your talk submissions so that you can get on stage at APIStrat in Nashville:

Thank you so much to everyone involved. It takes a lot of work to pull together an event like this. Everyone involved is participating because they believe in the event, as well as the health of the wider API community. Once again, we feel like we have assembled a pretty amazing lineup of folks to help make sure APIStrat adequately represents the community, coming from a diverse range of companies delivering APIs and services to the sector.

While the primary roles for the event are filled, there are still plenty of opportunities to get involved. First, make sure you have submitted your talk–you only have one week left to get it in. Second, there are sponsorship opportunities available, and we need the financial support of the API community to be able to make the event happen again. Feel free to reach out, and we’ll see what we can do to get you involved, and part of the goings on in Nashville this year. Thanks again to our steering and program committee members, and we’ll see you all in September.

IBM and SmartBear, two founding members of the Open API Initiative will join SAP, one of our newest members, on stage at the Open Source Summit – Europe for a panel discussion: If APIs are like Snowflakes, How Do You Make them More “Standardized” – or Do You?

The OAI invites you to join this panel discussion to hear from industry leaders about the origins of the OpenAPI community, and the details of the new OAS v3.0.0 specification release, and the value of open community collaboration related to API development.

Register for the OSS Europe: OSS is a technical conference where 2,000+ developers, operators, and community leadership professionals convene to collaborate, share information and learn about the latest in open technologies, including Linux, containers, cloud computing and more.

APIs form the connecting glue between modern applications and are used to connect third-party data services, public/private data sources, and other applications.

The Open API Initiative (OAI) came together over two years ago to seek to create, evolve, and promote an open description format for API services that is vendor-neutral, portable, and evolves under shared governance.

On August 7, the OAI announced the release of the OpenAPI Spec v3, completing a 7 month community effort. Born out of the world’s most popular framework for APIs, the prior version has over 18K daily downloads, over 3k know public GitHub repos, and 44 targets in codegen from over 250 contributors.

The Initiative will extend the Swagger specification and format to create an open technical community within which members can easily contribute to building a vendor neutral, portable and open specification for providing metadata for RESTful APIs. This open specification will allow both humans and computers to discover and understand the capabilities of the respective services with a minimal amount of implementation logic. The Initiative will also promote and facilitate the adoption and use of an open API standard.

“Swagger is considered one of the most popular frameworks for building APIs. When an open source project reaches this level of maturity, it just can’t be managed by one company, organization or developer,” said Jim Zemlin, executive director at The Linux Foundation. “The Open API Initiative will extend this technology to advance connected application development through open standards.”

Swagger was created in 2010 and offered under an open source license a year later. It is a description format used by developers in industries ranging from consumer electronics to energy, finance, healthcare, government, media and travel to design and deliver APIs that support a range of connected applications and services. With downloads of Swagger and Swagger tooling nearly tripling over the last year, it is considered the most popular open source framework for defining and creating RESTful APIs. SmartBear recently acquired the Swagger API open source project from Reverb Technologies and today is working with its industry peers to ensure the specification and format can be advanced for years to come.

The open governance model for the Open API Initiative includes a Technical Developer Committee (TDC) that will maintain and evolve the specification, as well as engage users for feedback to inform development.

3Scale
“We’ve been firm supporters of Swagger from early on and are excited about the formation of the Linux Foundation OAI and collaboration on the new API definition format,” said Steven Willmott, CEO, 3Scale Inc. “The new format will be a crucial element to the development of the emerging Web of APIs and we’re very much looking forward to contributing to its evolution.”

Apigee
“The API community has rallied around Swagger as the de facto standard for describing and sharing APIs. Independent, open governance under the Linux Foundation is the necessary next step. Apigee is proud to have been a founding member of the Swagger Working Group in 2014, and we are excited to team with our friends across the industry today in carrying on this important work,” said Ed Anuff, SVP Product Strategy, Apigee.

Capital One
“Open source is essential to our development process. It’s a powerful approach that lets people work together to build great solutions while realizing shared benefits,” said Rob Alexander, CIO, Capital One. “We believe that the Open API Initiative will enable the broader community of developers to contribute at unprecedented levels, allowing companies to design and deliver great experiences across industries.”

Google
“Google is committed to open specifications and promoting APIs as a fundamental building block of modern software. We are excited to join the Open API Initiative and to help usher in the next era in connected systems,” said Dan Ciruli, Product Manager, Google Cloud Platform.

Intuit
“Contributing to the Open API Initiative allows Intuit to help advance an important industry standard and build on years of API development investment,” said Thomas Barnes, Intuit Distinguished Architect. “We are looking forward to working with others in the industry on the initiative to shape the next generation of the specification.”

SmartBear
“Across industries, Swagger has gained incredible adoption for its expressiveness, comprehensive toolchain and vibrant community alike,” said Tony Tam, VP of Products, Swagger at SmartBear and founder of the Swagger open-source project. “Working with both API vendors and consumers, SmartBear sees the value in open governance around the specification which will allow for even more rapid growth and adoption across the API industry, and is honored to donate the Swagger Specification into the Open API Initiative under The Linux Foundation.”

PayPal
“The Open API Initiative will promote standards that will further simplify the integration experience for our developers, and we are pleased to be a part of this important work,” said Deepak Nadig, Head of API & Developer Platform Engineering at PayPal.

“Restlet welcomes the creation of the Open API Initiative and looks forward to collaborating with the community on the critical topic of API metadata specifications,” said Jerome Louvel, Chief Geek (CTO) and Founder of Restlet. “It is time for the API community to unite around a common API language that will facilitate the integration between various API tools – open source and commercial. As a vendor, our goal is to simplify the life of API developers and advance API innovation on new fronts. Restlet is committed to supporting specifications from the Open API Initiative in both our open source API framework and our API cloud platform.”

About The Linux Foundation